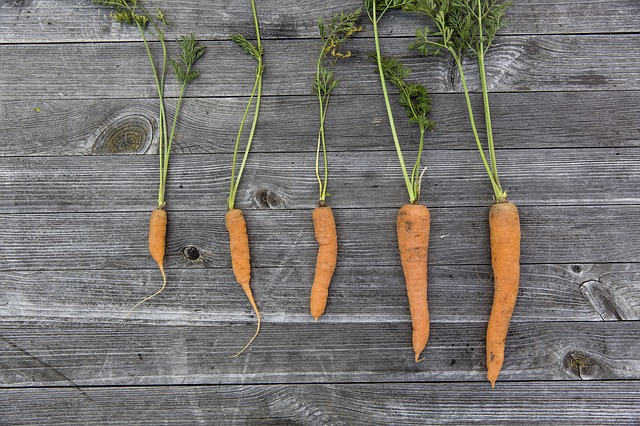 Salinity stress is considered one of the most important abiotic factors that limits the productivity of crop plants, and the estimated global cost due to salinity is more than $12 billion annually. This is due to the extensive use of irrigation and high rates of evapotranspiration, which result in increased salt accumulation in the soil.

A study out of The USDA Agricultural Research Service at the University of Wisconsin has evaluated the response of diverse carrot germplasm to salinity stress, identified salt-tolerant carrot germplasm that may be used by breeders, and defined appropriate screening criteria for assessing salt tolerance in germinating carrot seed.

Adam Bolton and Philipp Simon focused on carrots in their research of glycophytic plants. Most crops, including cultivated carrots, are categorized as glycophytic plants. The growth of glycophytes is greatly reduced in saline soils because they lack physiological mechanisms such as the salt glands and bladders that allow halophytes, or salt-loving plants, to thrive in high salinity.

Bolton and Simon postulate that this type of extensive evaluation is needed to develop varieties that are considered fully salt-tolerant at each developmental stage for carrots.

Their research is explained in the article “Variation for Salinity Tolerance During Seed Germination in Diverse Carrot Germplasm”, found in HortScience, published by The American Society for Horticultural Science.

Bolton and Simon note that one approach to combating the negative effects of salinity stress in glycophytic crops is identifying new genetic sources of tolerance and efficient phenotypic methods to develop salinity-tolerant cultivars.

Data collected from many crop species suggest that the level of salinity tolerance is highly dependent on the developmental stage of the plant. This life stage-specific tolerance means that a genotype that has tolerance at one life stage may not be tolerant at any other of its life stages. Therefore, to more efficiently identify tolerant genotypes, their evaluations needed to continue throughout the varying stages of ontogeny of the plant, from germination through the reproductive phase.

Screening for salt tolerance at the germination stage is the first step in identifying tolerant genotypes because it is a critical stage for plant development. Fortunately, the researchers discovered, screening at this stage is among the most rapid and economical stages of development to evaluate a large number of diverse germplasm accessions.

Ultimately, this study identified a wide range of phenotypic variations for salt tolerance during the germination stage in a collection of diverse carrot accessions. These accessions could serve as potential parents for creating mapping populations to identify the specific genotype associated with salt tolerance. This discovery is promising for breeders as it suggests a route for them to move toward generating healthy plant crop cultivars with additional tools for growing on salt-affected soil.

Simon adds, “In previous studies, carrots have been characterized as a crop that is sensitive to salinity. This study evaluated a large collection of wild and cultivated carrot germplasm and confirmed that, in fact, many carrot cultivars are saline-sensitive during seed germination, but that many germplasm accessions evaluated were quite saline-tolerant. Interestingly, many of the more saline-tolerant carrots evaluated were cultivated carrots, perhaps reflecting unintentional selection by farmers that have been growing the crop with saline irrigation water. This study provides an optimistic outlook for breeding carrots with improved salinity tolerance during germination. Tolerance during seeding and later plant development will also be needed as salinity becomes a more serious challenge for farmers.”