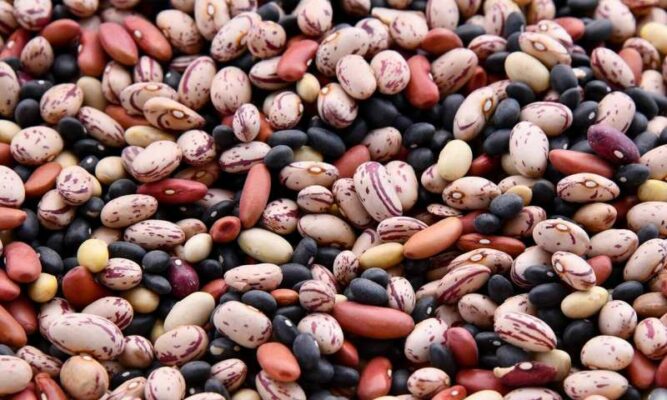 During photosynthesis, bean leaves capture carbon dioxide from the air and convert it into sugars that fuel their growth and development. Most species transport these sugars throughout the plant in the form of sucrose.

The sucrose travels through a system of vein-like highways, called the phloem, that permeates the entire plant body. A group of helper proteins, aptly called sucrose transporters, load that sucrose from their origin cells into the phloem for transport to growing tissues, such as flowers and fruits.

James and the Sharkey lab have now added a third transporter to this small catalogue. The study was made possible after the Lowry lab at Michigan State University identified the gene that codes for this protein.

PvSUT1.1 is ubiquitous in bean plants where it is found in leaves, stems, flowers, and the bean pods. This suggests a widespread role of the protein within the plants.

To confirm that the protein is a transporter, the team compared its amino acid sequence to that of the other known transporter from common beans. The proteins are 68% similar in sequence, a number which denotes a high degree of resemblence for this type of protein.

The protein also has a high affinity for carrying sucrose. In other words, even when sucrose level is low outside the cell, the protein can still pick sucrose up and move it into the phloem cells.

“We also discovered that our protein is located at the plasma membrane, the boundary between the inside and outside of a cell,” James adds. “This is critical. We are putting stock in the idea that this transporter moves sucrose from the outside of cells and into the phloem. To perform this function, its location on the plasma membrane is a must.”

Next, the team will overexpress the new gene in the phloem cells and screen plants for any effects, especially in plant reproduction. Overexpressing the genes should also yield clues on whether a higher number of transporters helps reproductive tissues, such as pollen grains, to better tolerate hot temperatures.