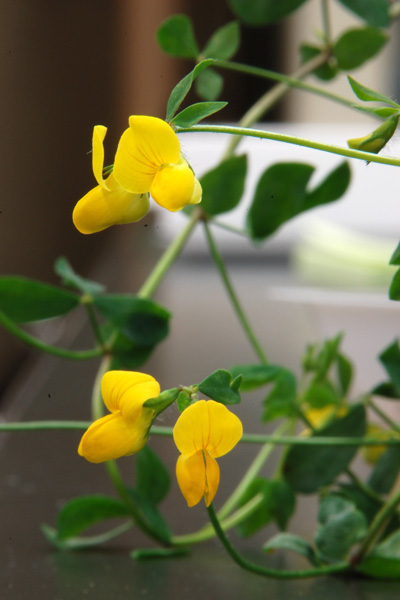 Legumes such as peas and beans form intimate and mutually beneficial partnerships (symbioses) with nitrogen-fixing bacteria, rhizobia. The plant benefits from an enhanced supply of nitrogen, ‘fixed’ from the air by the rhizobia, while the bacteria benefit from protective accommodation inside special structures, called root nodules, that supply nutrients from the host plant. A different type of symbiosis is formed between the roots of many plant species and soil fungi, called mycorrhizal fungi. Both types of complex plant–microbe interactions are crucial for supplying plants with nutrients, but many details of how these symbioses develop remain unclear.

University of Tsukuba researchers, collaborating with two other Japanese universities, have revealed a key piece in the jigsaw puzzle of mechanisms that control the developmental processes behind the symbioses of roots with microbes. The team identified a gene that is pivotal in controlling how legume roots establish cellular accommodation for rhizobia bacteria, described in a recent publication in PLoS Genetics.

When the gene is inactivated in a mutant plant, the roots produce dramatically fewer nitrogen-fixing nodules because the usual (intracellular) route of entry for the bacteria, called an infection thread, does not develop properly in the root cells. However, small numbers of nodules do develop, some weeks later than normal, when the bacteria enter by a different (intercellular) route between the root cells.

The team named the gene lack of symbiont accommodation (lan). They showed it is inactivated in the mutant, and found it is closely related to a gene in other plant species. It is thought to encode a protein that acts in a complex of other regulatory proteins (called Mediator) to control the expression of numerous genes and processes. This is the first report of the gene’s involvement in controlling plant–microbe interactions.

The lan gene is important not only for symbiosis with rhizobia: the team showed that the gene is also required for establishing symbioses with mycorrhizal fungi.

“This study shows that a single control system operates in establishing two completely different symbioses that are important for plant nutrition,” says Suzaki. “Our results have wider implications for understanding how plant developmental processes are coordinated.”