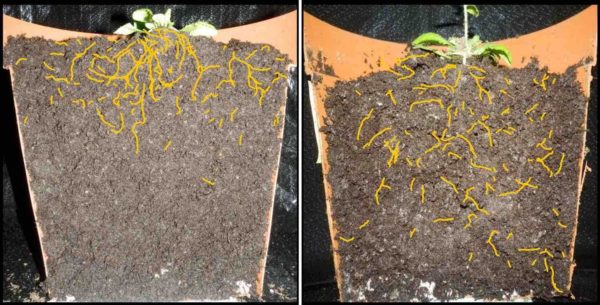 Hidden underground networks of plant roots snake through the earth foraging for nutrients and water, similar to a worm searching for food. Yet, the genetic and molecular mechanisms that govern which parts of the soil roots explore remain largely unknown. Now, Salk Institute researchers have discovered a gene that determines whether roots grow deep or shallow in the soil.

In addition, the findings, published in Cell, will also allow researchers to develop plants that can help combat climate change as part of Salk’s Harnessing Plants Initiative. The initiative aims to grow plants with more robust and deeper roots that can store increased amounts of carbon underground for longer to reduce CO2 in the atmosphere. The Salk initiative will receive more than $35 million from over 10 individuals and organizations through The Audacious Project to further this effort.

“We are incredibly excited about this first discovery on the road to realizing the goals of the Harnessing Plants Initiative,” says Associate Professor Wolfgang Busch, senior author on the paper and a member of Salk’s Plant Molecular and Cellular Biology Laboratory as well as its Integrative Biology Laboratory. “Reducing atmospheric CO2 levels is one of the great challenges of our time, and it is personally very meaningful to me to be working toward a solution.”

In the new work, the researchers used the model plant thale cress (Arabidopsis thaliana) to identify genes and their variants that regulate the way auxin, a hormone that is a key factor in controlling the root system architecture, works. Though auxin was known to influence almost all aspects of plant growth, it was not known which factors determined how it specifically affects root system architecture.

“In order to better view the root growth, I developed and optimized a novel method for studying plant root systems in soil,” says first author Takehiko Ogura, a postdoctoral fellow in the Busch lab. “The roots of A. thaliana are incredibly small so they are not easily visible, but by slicing the plant in half we could better observe and measure the root distributions in the soil.”

The team found that one gene, called EXOCYST70A3, directly regulates root system architecture by controlling the auxin pathway without disrupting other pathways. EXOCYST70A3 does this by affecting the distribution of PIN4, a protein known to influence auxin transport. When the researchers altered the EXOCYST70A3 gene, they found that the orientation of the root system shifted and more roots grew deeper into the soil.

“Biological systems are incredibly complex, so it can be difficult to connect plants’ molecular mechanisms to an environmental response,” says Ogura. “By linking how this gene influences root behavior, we have revealed an important step in how plants adapt to changing environments through the auxin pathway.”

In addition to enabling the team to develop plants that can grow deeper root systems to ultimately store more carbon, this discovery could help scientists understand how plants address seasonal variance in rainfall and how to help plants adapt to changing climates.

“We hope to use this knowledge of the auxin pathway as a way to uncover more components that are related to these genes and their effect on root system architecture,” adds Busch. “This will help us create better, more adaptable crop plants, such as soybean and corn, that farmers can grow to produce more food for a growing world population.”

Other authors included Santosh B. Satbhai of Salk along with Christian Goeschl, Daniele Filiault, Madalina Mirea, Radka Slovak and Bonnie Wolhrab of the Gregor Mendel Institute in Austria.

About the Harnessing Plants Initiative:

Climate change poses an immediate threat to our future. Rising temperatures from excess carbon dioxide in the atmosphere has led to increasingly extreme and dangerous weather patterns that threaten animals and plants alike. The Salk Institute’s Harnessing Plants Initiative (HPI) is an innovative, scalable and bold approach to fight climate change by optimizing a plant’s natural ability to capture and store carbon and adapt to diverse climate conditions. This approach can help draw down and store more carbon and that—combined with other global efforts—will mitigate the disastrous effects of climate change while providing more food, fuel and fiber for a growing population. 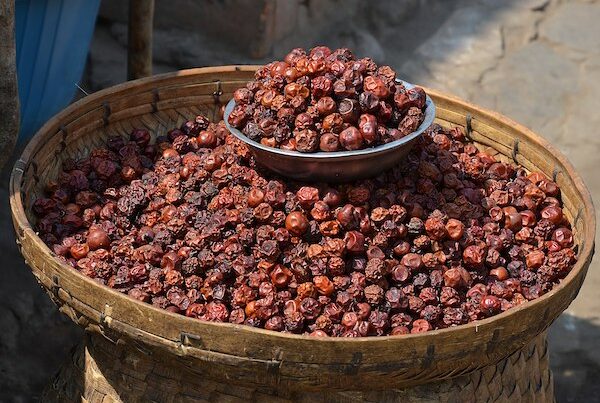