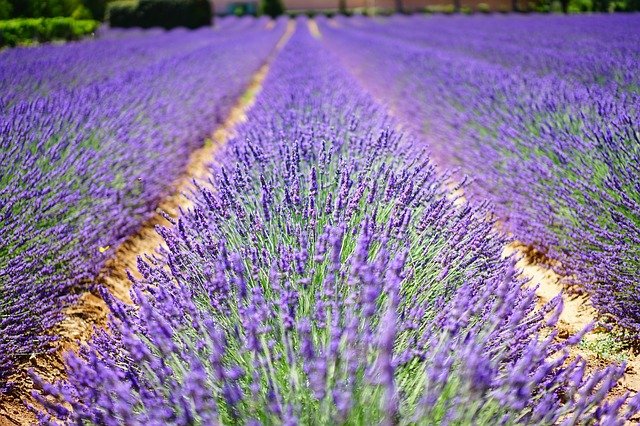 Terpen-tales: The mystery behind the unique fragrance of the lovely lavender

Even the mention of lavender evokes the distinct fragrance of the flower. This beautiful flower has been used to make perfumes and essential oils since time immemorial. The aesthetics of the flower have captured the imagination of hundreds, worldwide. So, what makes this flower so special? What are the “magical” compounds that gives it its unique fragrance? What is the genetic basis of these compounds? These questions have long puzzled scientists.

To find out the answers, a group of scientists from China have sequenced the genome of lavender, which is known in the scientific world as Lavandula angustifolia. The team headed by Dr. Lei Shi, Professor at the Key Laboratory of Plant Resources and Beijing Botanical Garden, Institute of Botany, Chinese Academy of Sciences, was specifically interested in the genetics and diversity of a class of volatile terpenoids produced by lavender.

Terpenoids play important roles in the biology of fragrant flowers including lavender. In the environment, terpenoids have been shown to attract potential insect pollinators. In real-life applications, terpenoids lend their potential benefits, including stress relief and skin conditioning, through products like essential oils. Keeping these in mind, it is essential to understand the fundamentals of terpenoid biosynthesis at the genetic level to manipulate lavender to produce better quality of these compounds.

The team began by analyzing the high-quality reference genome data of the Chinese variety of lavender ‘Jingxun 2’. Through phylogenetic analysis, they identified genomic events through the evolutionary history of lavender that led to the expansion of terpenoid biosynthetic genes in this species. Their analysis also yielded important insights into changes in these genes with respect to changes in the environment under which they grew.

Firstly, the scientists assembled the genetic sequences of the Chinese lavender cultivar. Next, they identified and named, or “annotated,” the genomic regions in the lavender sequence and performed phylogenetic analysis on these sequences to better understand the evolutionary history of the lavender. Then they identified the events that affected the entire lavender genome and specifically the terpenoid producing genes. Finally, they associated genes on the lavender genome sequences with different terpenoids found in the plant, to construct gene-terpenoid networks.

Their results, published in a recent issue of Horticulture Research, reported the successful assembly of the 894.5 Mb lavender genome sequence distributed across 27 chromosomes, and could possibly be the best quality lavender sequence assembly, so far. In addition, the scientists were able to show that lavender has exclusively undergone major genetic events, including two whole genome duplications, which allowed them to better adapt and thrive in colder Mediterranean weather conditions.

Explaining their observations, Dr. Shi says, “Plants have the capacity to duplicate their genomes and when this happens there is freedom for the duplicated genes to evolve to do other things. This has allowed plants to develop new machinery to make a diverse array of chemical compounds that are used to defend against attack from harmful microbes and herbivores, and to attract beneficial species such as bees to assist in pollination.” In fact, this explanation by Dr. Shi is supported by the findings of the team’s study. His team identified gene duplications caused by the previously mentioned genetic events, which in turn led to terpenoid diversification. Upon further analysis, they also observed gene clusters specifically corresponding to attractive and defensive terpenoids.

Dr. Shi is excited about the potential real-life applications of this work. “The introduction of lavender into China can be traced back to the 1950s by pioneers of the Institute of Botany, The Chinese Academy of Sciences. Degradation of the cultivated species is of concern; hence, improved varieties are urgently needed. With a better understanding of the lavender genome, scientists will have an easier time developing new varieties, which may produce high-quality essential oils, have strong ornamental uses, and are resistant to pathogens and climate fluctuations.”, he exclaims.

Sharing Dr. Shi‘s enthusiasm, we can indeed hope this study paves the way for better varieties of lavender and provide a template for research in plant volatile-environmental interactions.