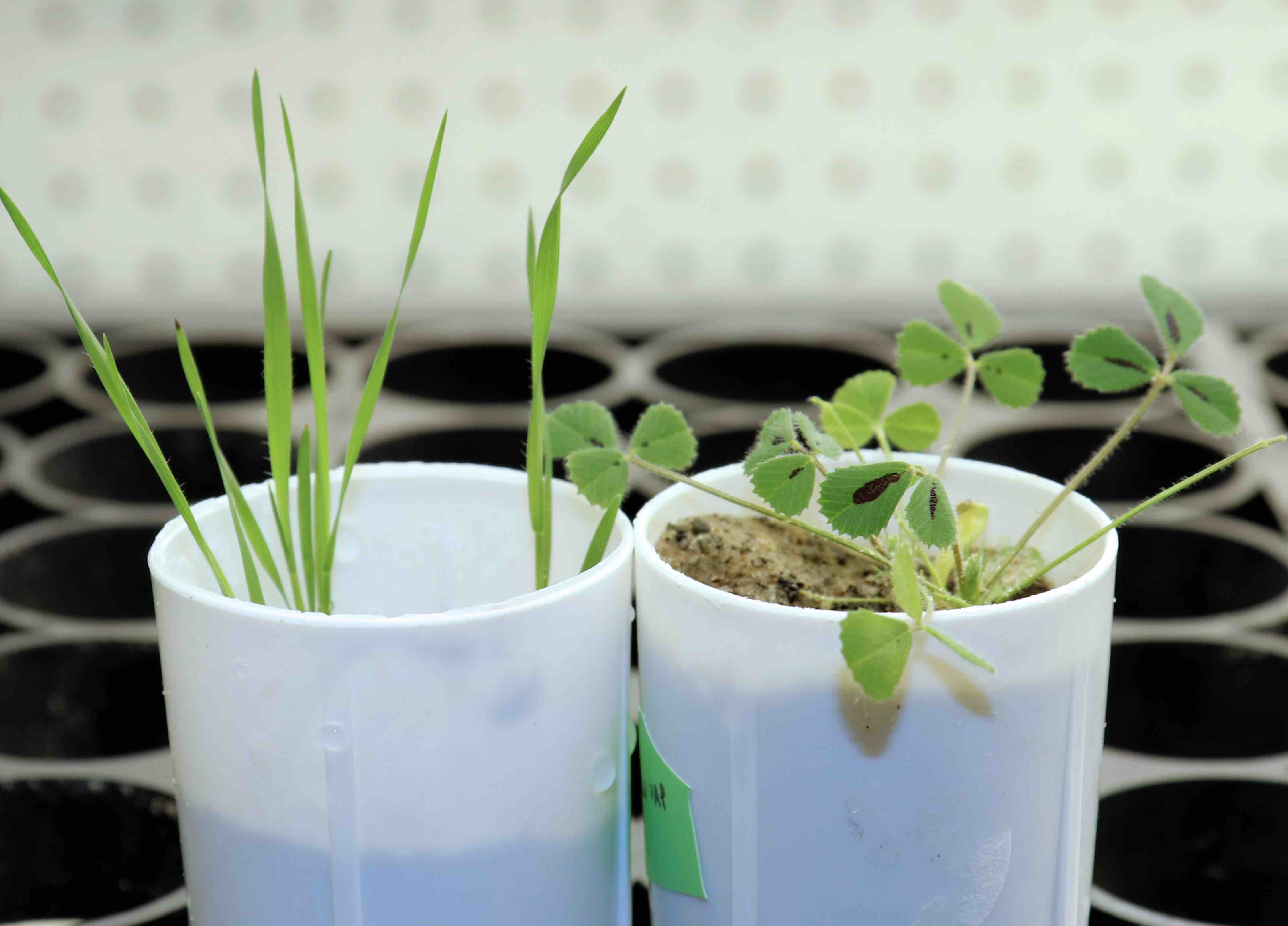 Over-fertilization of agricultural fields is a huge environmental problem. Excess phosphorus from fertilized cropland frequently finds its way into nearby rivers and lakes. A resulting boom of aquatic plant growth can cause oxygen levels in the water to plunge, leading to fish die-offs and other harmful effects.

Researchers from Boyce Thompson Institute have uncovered the function of a pair of plant genes that could help farmers improve phosphate capture, potentially reducing the environmental harm associated with fertilization.

The work was published in Nature Plants.

The discovery stems from Maria Harrison’s focus on plants’ symbiotic relationships with arbuscular mycorrhizal (AM) fungi. Harrison is the William H. Crocker Professor at BTI and an adjunct professor in Cornell University’s School of Integrative Plant Science.

AM fungi colonize plant roots, creating an interface where the plant trades fatty acids for phosphate and nitrogen. The fungi also can help plants recover from stressful conditions, such as periods of drought.

But feeding the AM fungi with fatty acids is costly, so plants don’t let this colonization go unchecked.

To discover how plants control the amount of fungal colonization, Harrison and Lena Müller, a postdoctoral scientist in her lab, looked at genes that encode short proteins called CLE peptides in the plants Medicago truncatula and Brachypodium distachyon.

CLE peptides are involved in cellular development and response to stress, and they are present throughout the plant kingdom, from green algae to flowering plants.

“Being able to control fungal colonization levels in plant roots and maintain the symbiosis even in higher phosphate conditions might be useful to a farmer,” Harrison said. “For example, you may want the other beneficial effects of AM fungi, like nitrogen uptake and recovery from drought, as well as further uptake of phosphate”

“You might be able to achieve these benefits by altering the levels of these CLE peptides in the plants,” Harrison added.

Müller found that the CLE peptides act through a receptor protein called SUNN. In collaboration with Harro Bouwmeester and Kristyna Flokova of the University of Amsterdam, she found that the two CLE peptides modulate the plant’s synthesis of a compound called strigolactone.

Plant roots exude strigolactone into the soil, and the compound stimulates AM fungi to grow and colonize the root. Once the roots are colonized or there is plenty of phosphate, the CLE genes suppress the synthesis of strigolactone, thus reducing any further colonization by the fungi.

“In the early 2000’s, researchers found that plants had a way to measure and then reduce colonization,” Müller said. “But until now, nobody really understood the molecular mechanism of that dynamic.”

The researchers’ next steps will include figuring out the molecules that turn on the CLE genes in response to colonization and high phosphate levels.

Müller also plans to compare the two CLE peptides from this study with additional CLE peptides that have different functions.

“The CLE peptides are all so similar but they have completely different functions,” Müller said. “It will be very interesting to see why that is.”