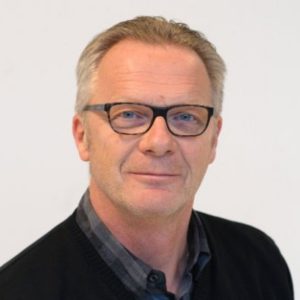 With another year nearly over we recently put out a call for nominations for the Most Influential Plant Science Research of 2015. Suggestions flooded in, and we also trawled through our social media feeds to see which stories inspired the most discussion and engagement. It was fantastic to read about so much amazing research from around the world. Below are our top five, selected based on impact for the plant science research community, engagement on social media, and importance for both policy and potential end product/application.

Choosing the most inspiring stories was not an easy job. If you think we’ve missed something, please let us know in the comments below, or via Twitter! In the coming weeks we’ll be posting a 2015 Plant Science Round Up, which will include other exciting research that didn’t quite make the top five, so watch this space! 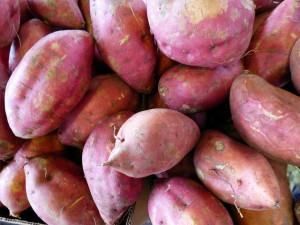 Scientists at the International Potato Center in Lima, Peru, found that 291 varieties of sweet potato actually contain bacterial genes. This technically means that sweet potato is a naturally occurring genetically modified crop! Alongside all the general discussion about GM regulations, particularly in parts of Europe where regulations about growing GM crops have been decentralized from Brussels to individual EU Member States, this story caused much discussion on social media when it was published in March of this year.

It is thought that ancestors of the modern sweet potato were genetically modified by bacteria in the soil some 8000 years ago. Scientists hypothesize that it was this modification that made consumption and domestication of the crop possible. Unlike the potato, sweet potato is not a tuber but a mere root. The bacteria genes are thought to be responsible for root swelling, giving it the fleshy appearance we recognize today.

This story is incredibly important, firstly because sweet potato is the world’s seventh most important food crop, so knowledge of its genetics and development are essential for future food supply. Secondly, Agrobacterium is frequently used by scientists to artificially genetically modify plants. Evidence that this process occurs in nature opens up the conversation about GM, the methods used in this technology, and the safety of these products for human consumption.

Our number two on the list also relates to genetic modification, this time focusing on methods. Regardless of whether or not we want to have genetically modified crops in our food supply, GM is a valuable tool used by researchers to advance knowledge of gene function at the genetic and phenotypic level. Therefore, systems of modification that make the process faster, cheaper, and more accurate provide fantastic opportunities for the plant science community to progress its understanding.

The Cas9 system is a method of genome editing that can make precise changes at specific locations in the genome relatively cheaply. This novel system uses small non-coding RNA to direct Cas9 nuclease to the DNA target site. This type of RNA is small and easy to program, providing a flexible and easily accessible system for genome editing. 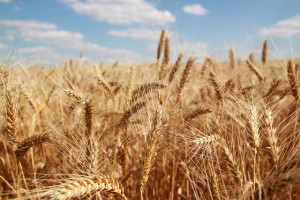 Barley in the field. Image by Moldova_field used under creative commons license 2.0

Inheritance of genome modifications using Cas9 has previously been shown in the model plants, Arabidopsis and rice. However, the efficiency of this inheritance, and therefore potential application in crop plants has been questionable.

The breakthrough study published in November by researchers at The Sainsbury Laboratory and John Innes Centre both in Norwich, UK, demonstrated the mutation of two commercial crop plants, Barley and Brassica oleracea, using the Cas9 system and subsequent inheritance mutations.

This is an incredibly exciting development in the plant sciences and opens up many options in the future in terms of genome editing and plant science research.

Striga is a parasitic plant that mainly affects parts of Africa. It is a major threat to food crops such as rice and corn, leading to yield losses worth over 10 billion US dollars, and affecting over 100 million people.

Striga infects the host crop plant through its roots, depriving them of their nutrients and water. The plant hormone strigolactone, which is released by host plants, is known to induce Striga germination when host plants are nearby.

In a study published in August of this year the Striga receptors for this hormone, and the proteins responsible for striga germination were identified.

Striga plants are known to wither and die if they cannot find a host plant upon germination. Induction of early germination using synthetic hormones could therefore remove Striga populations before crops are planted. This work is vital in terms of regulating Striga populations in areas where they are hugely damaging to crop plants and people’s livelihoods. 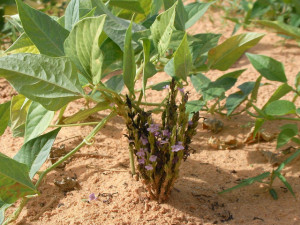 Resurrection plants are a unique group of flora that can survive extreme water shortages for months or even years. There are more than 130 varieties in the world, and many researchers believe that unlocking the genetic codes of drought-tolerant plants could help farmers working in increasingly hot and dry conditions.

During a drought, the plant acts like a seed, becoming so dry that it appears dead. But as soon as the rains come, the shriveled plant bursts ‘back to life’, turning green and robust in just a few hours.

In November, researchers from the Donald Danforth Plant Science Centre in Missouri, US, published the complete draft genome of Oropetium thomaeum, a resurrection grass species.

O. thomaeum is a small C4 grass species found in Africa and India. It is closely related to major food feed and bioenergy crops. Therefore this work represents a significant step in terms of understanding novel drought tolerance mechanisms that could be used in agriculture.

Currently, one of the greatest challenges for ecologists is to quantify plant diversity and understand how this affects plant survival. For the last 500 years independent research groups around the world have collected this diversity data, which has made organization and collaboration difficult in the past.

Over the last 500 years, independent research groups have collected a wealth of diversity data. The Botanical Information and Ecology Network (BIEN) are collecting and collating these data together for the Americas using high performance computing (HPC) and data resources, via the iPlant Collaborative and the Texas Advanced Computing Center (TACC). This will allow researchers to draw on data right from the earliest plant collections up to the modern day to understand plant diversity.

It also gives ecologists the ability to document continental scale patterns of species diversity, which show where any species of plant might be found. These novel maps could prove a fantastic resource for ecologists working on diversity and conservation.

Read more about this story on the TACC website, here.